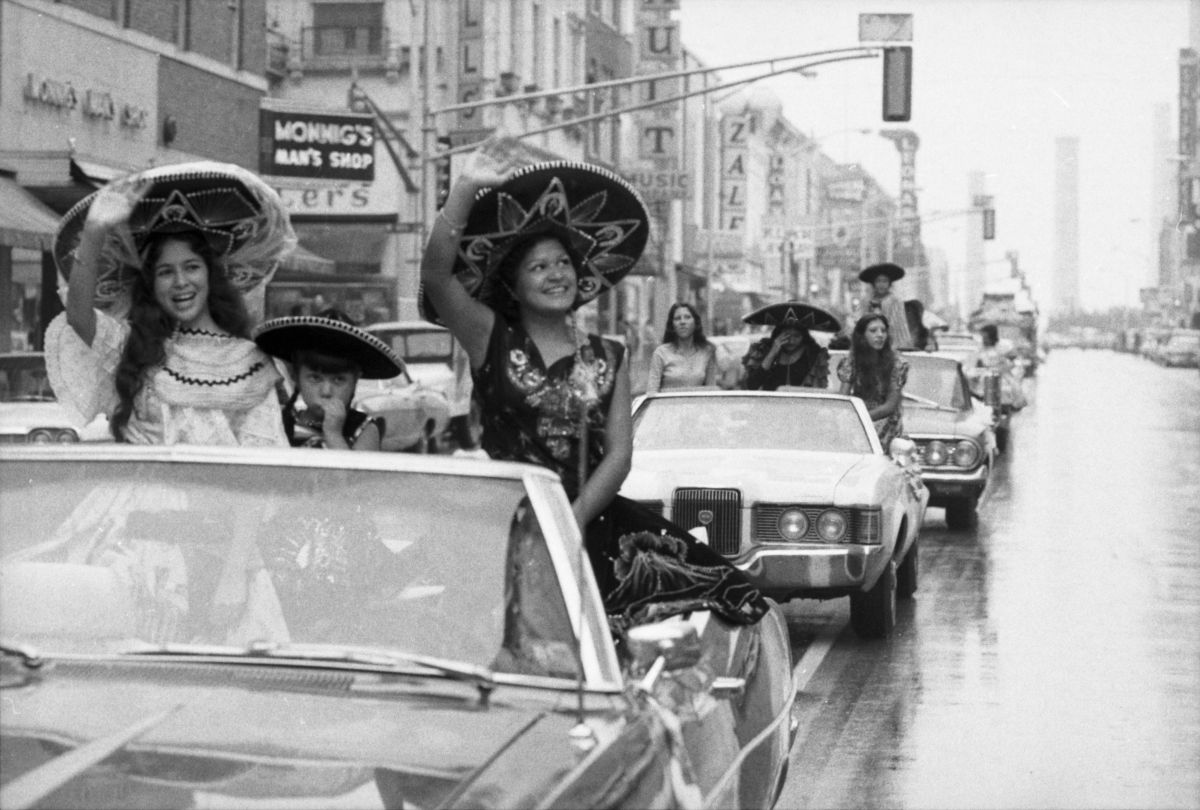 Mexican Independence Day Parade in Fort Worth. Participants in the parade are seen waving and sitting on an convertible with the top down, September 1974. From the Fort Worth Star-Telegram Collection. Private Esther Garcia, 21, first Fort Worth girl of Mexican origin to enlist in the Women's Army Corps (WAC), April 1945. From the Fort Worth Star-Telegram Collection. 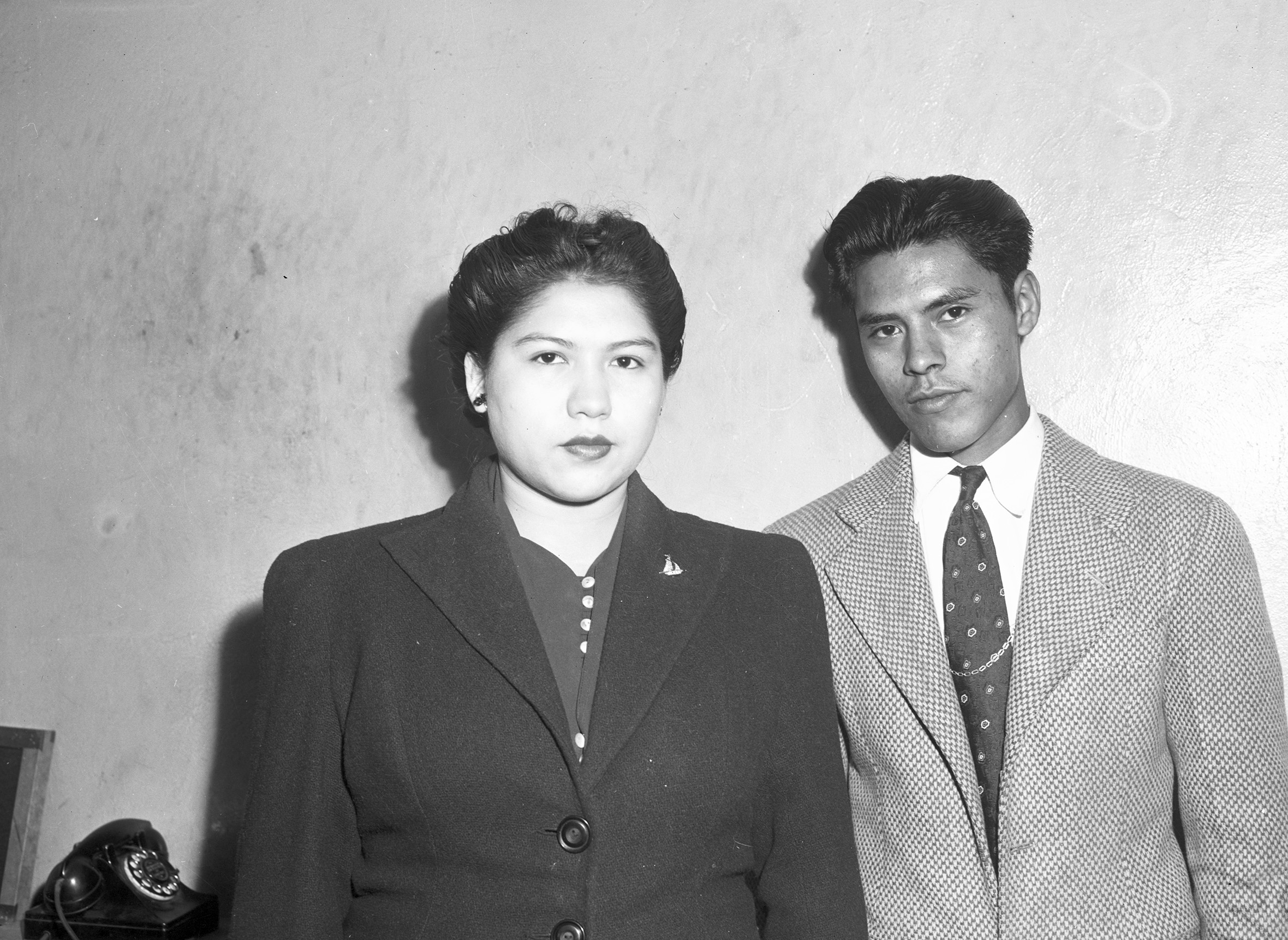