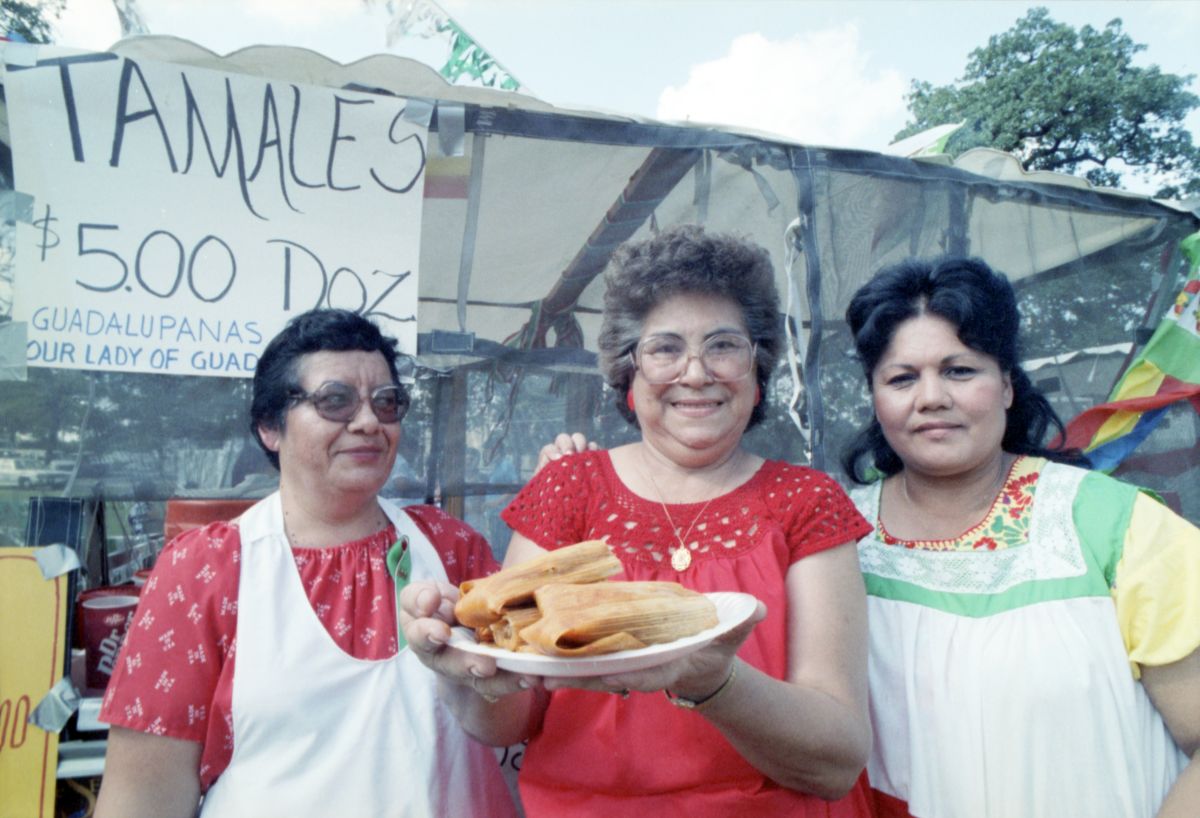 A group of women are seen with a plate of tamales during the Mexican Independence Day fiesta at Marine Park in Fort Worth, September 1986. From the Fort Worth Star-Telegram Collection. 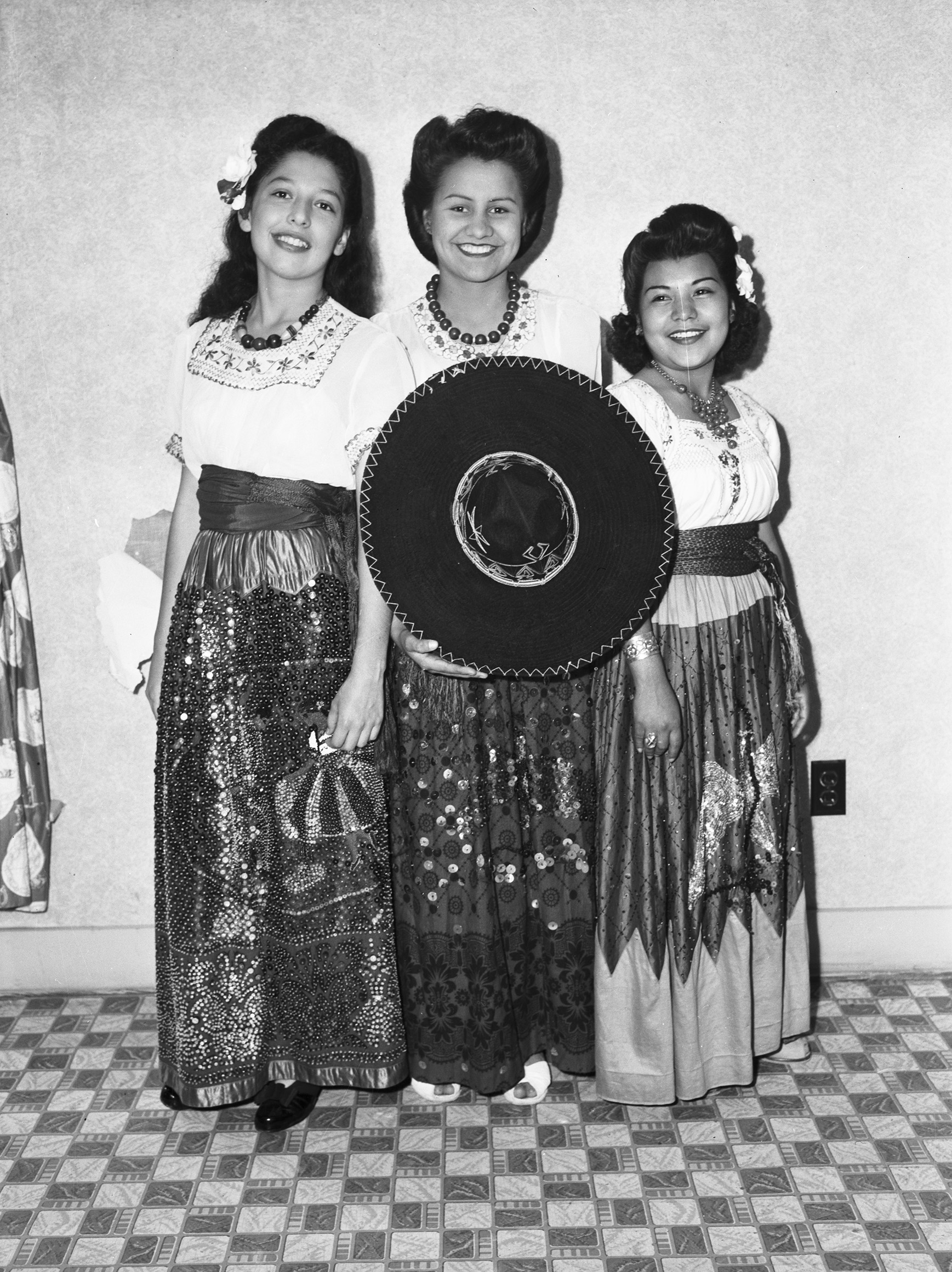 Mexican Presbyterian Center entertainers at the International program. The girls, left to right, Misses Elizabeth Walls, Leonor Ramirez and Juanita Rodriquez are wearing fiesta costumes for their rendition of Mexican music, May 1944. From the Fort Worth Star-Telegram Collection.