This session will cover the competencies you'll need in visualizing data effectively, including the use of Excel and SPSS. Other tools--not covered today--include Google Fusion Tables and Tableau Public for analysis and creating visualizations.

The study was designed to explore the factors that impact on respondents' psychological adjustment and wellbeing. The survey contained a variety of validated scales measuring constructs that the extensive literature on stress and coping suggest influence people's experience of stress. The scales measured self-esteem, optimism, perceptions of control, perceived stress, positive and negative affect, and life satisfaction. A scale was also included that measured people's tendency to present themselves in a favorable or socially desirable manner. The survey was distributed to members of the general public in Melbourne, Australia and surrounding districts. The final sample size was 439, consisting of 42% male participants and 58% female, with ages ranging from 18 to 82 (mean=37.4). 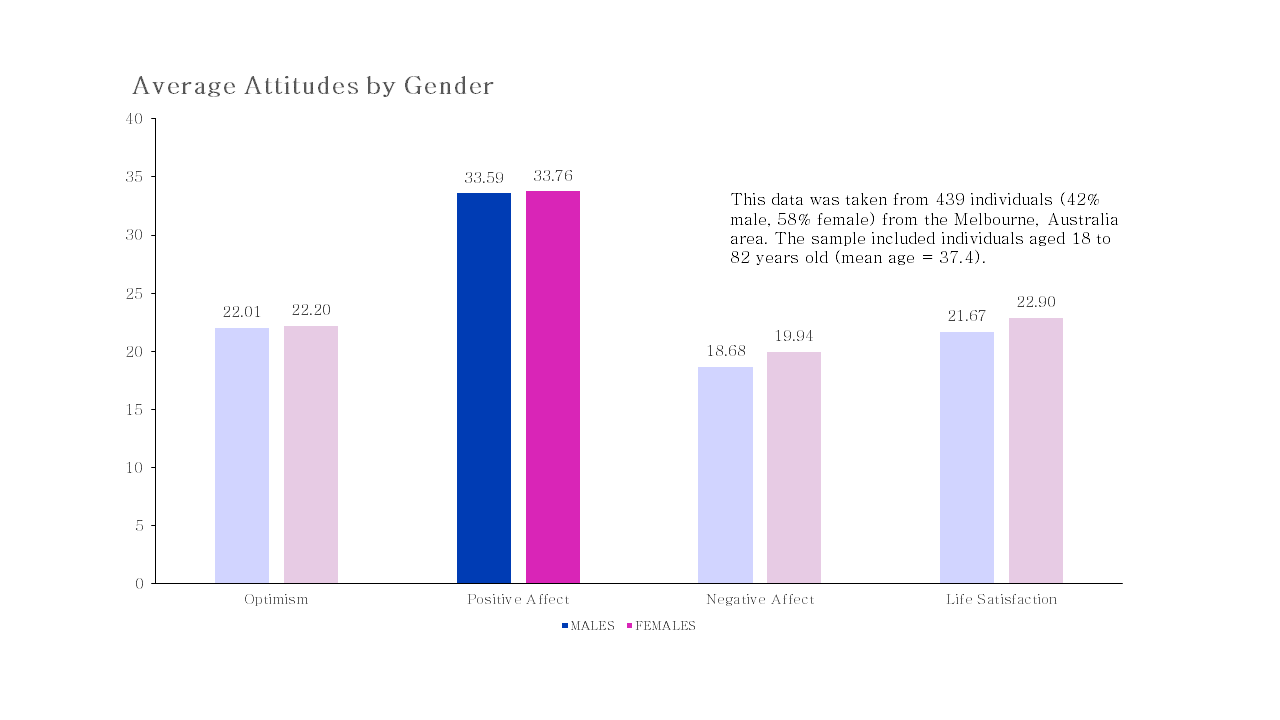